A meteor streaked across the sky above Russia’s Ural Mountains on Friday morning, causing sharp explosions and reportedly injuring around 100 people, including many hurt by broken glass.

Fragments of the meteor fell in a thinly populated area of the Chelyabinsk region, the Emergency Ministry said in a statement.

Interior Ministry spokesman Vadim Kolesnikov said 102 people had called for medical assistance following the incident, mostly for treatment of injuries from glass broken by the explosions.

Kolsenikov also said about 600 square meters (6000 square feet) of a roof at a zinc factory had collapsed.

Reports conflicted on what exactly happened in the clear skies. A spokeswoman for the Emergency Ministry, Irina Rossius, told The Associated Press that there was a meteor shower, but another ministry spokeswoman, Elena Smirnikh, was quoted by the Interfax news agency as saying it was a single meteorite. 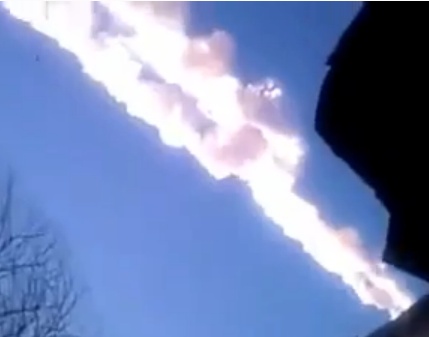