Canadian astronaut Chris Hadfield is one of the most experienced space travellers in the world (actually right now he is about 330 kilometers above the Earth).

Hadfield served as NASA mission specialist on STS-74 and STS-100. He is currently living in space aboard the International Space Station (ISS) as Flight Engineer on Expedition 34, and will become Commander of Expedition 35, the first Canadian to command the station.

From 2001-2003, Hadfield was the Director of Operations for NASA at the Yuri Gagarin Cosmonaut Training Centre (GCTC) in Star City, Russia. His work included coordination and direction of all International Space Station crew activities in Russia, oversight of training and crew support staff, as well as policy negotiation with the Russian Space Program and other International Partners. He also trained and became fully qualified to be a flight engineer cosmonaut in the Soyuz TMA spacecraft, and to perform spacewalks in the Russian Orlan spacesuit.

Hadfield is a civilian Canadian Space Agency (CSA) astronaut, having retired as a Colonel from the Canadian Air Force in 2003 after 25 years of military service. He was Chief of Robotics for the NASA Astronaut Office at the Johnson Space Center in Houston, Texas from 2003-2006, and was Chief of International Space Station Operations there from 2006-2008. 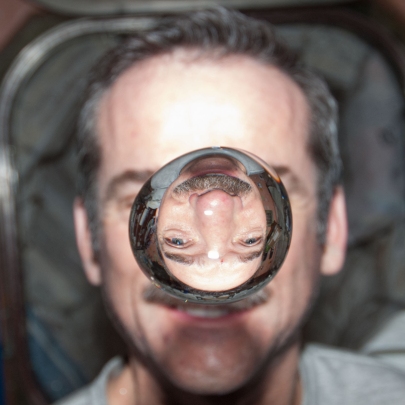