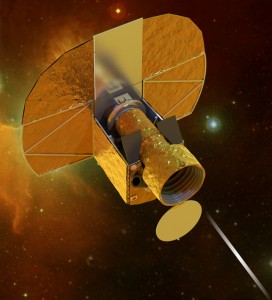 Studying planets around other stars will be the focus of the new small Science Programme mission, Cheops, ESA announced today. Its launch is expected in 2017.

Cheops – for CHaracterising ExOPlanets Satellite – will target nearby, bright stars already known to have planets orbiting around them.

Through high-precision monitoring of the star’s brightness, scientists will search for the telltale signs of a ‘transit’ as a planet passes briefly across its face.

In turn, this will allow an accurate measurement of the radius of the planet. For those planets with a known mass, the density will be revealed, providing an indication of the internal structure.

These key parameters will help scientists to understand the formation of planets from a few times the mass of the Earth – ‘super-Earths’ – up to Neptune-sized worlds.

Cheops is the first of a possible new class of small missions to be developed as part of ESA’s Science Programme.