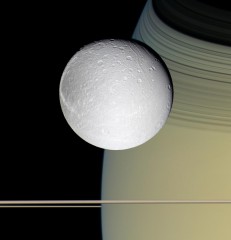 Photo of Dione and Saturn from Cassini (NASA)

Speeding toward pale, icy Dione, Cassini’s view is enriched by the tranquil gold and blue hues of Saturn in the distance. The horizontal stripes near the bottom of the image are Saturn’s rings. The spacecraft was nearly in the plane of the rings when the images were taken, thinning them by perspective and masking their awesome scale. The thin, curving shadows of the C ring and part of the B ring adorn the northern latitudes visible here, a reminder of the rings’ grandeur.
It is notable that Dione, like most of the other icy Saturnian satellites, looks no different in natural color than in monochrome images.
Images taken on Oct. 11, 2005, with blue, green and infrared (centered at 752 nanometers) spectral filters were used to create this color view, which approximates the scene as it would appear to the human eye. The images were obtained with the Cassini spacecraft wide-angle camera at a distance of approximately 39,000 kilometers (24,200 miles) from Dione and at a Sun-Dione-spacecraft, or phase, angle of 22 degrees. The image scale is about 2 kilometers (1 mile) per pixel. 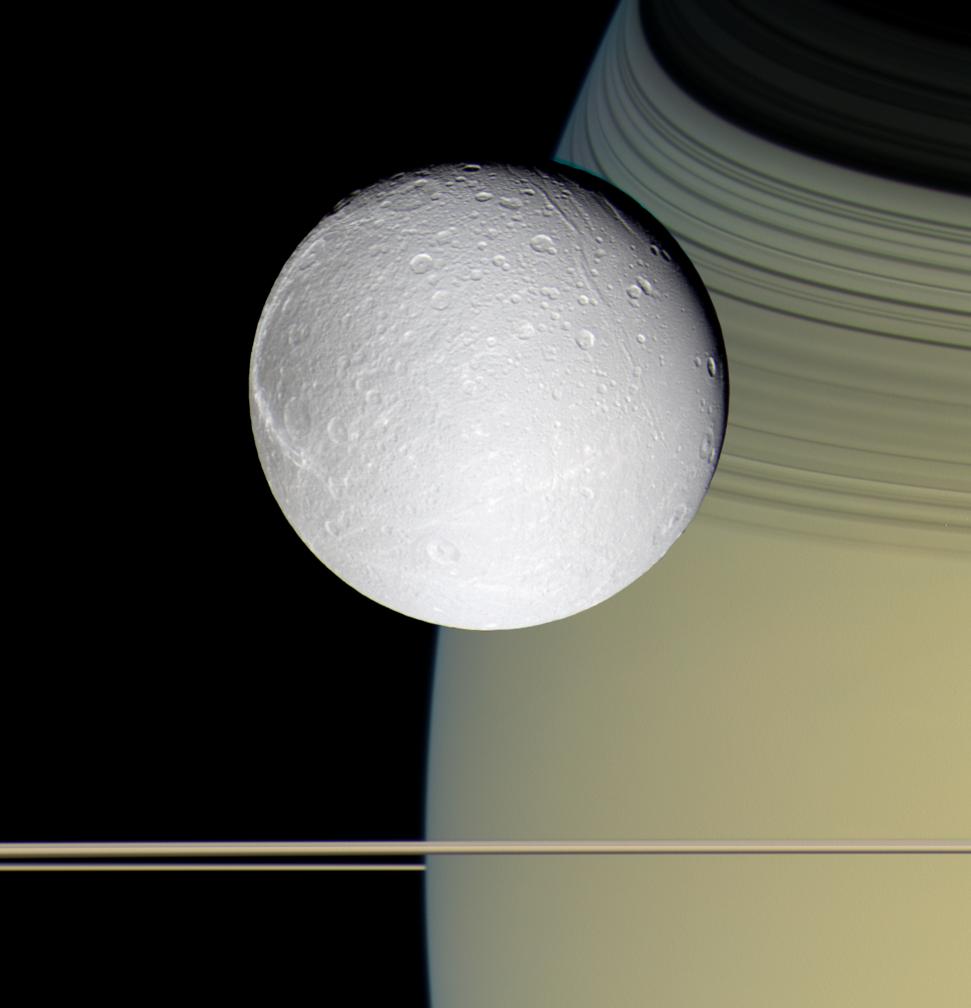