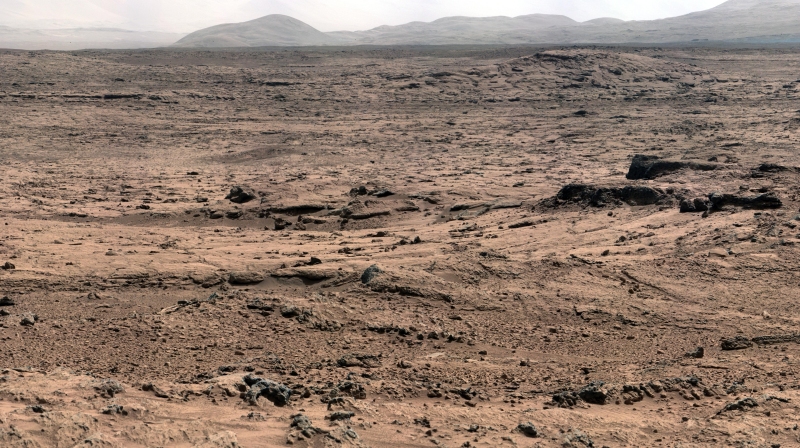 The car-size rover is at a site called “Point Lake” overlooking lower ground to the east, where the rover team intends to find a target for first use of Curiosity’s rock-sampling drill.

During a two-year prime mission, researchers are using Curiosity’s 10 science instruments to assess whether the study area in Gale Crater ever has offered environmental conditions favorable for microbial life.