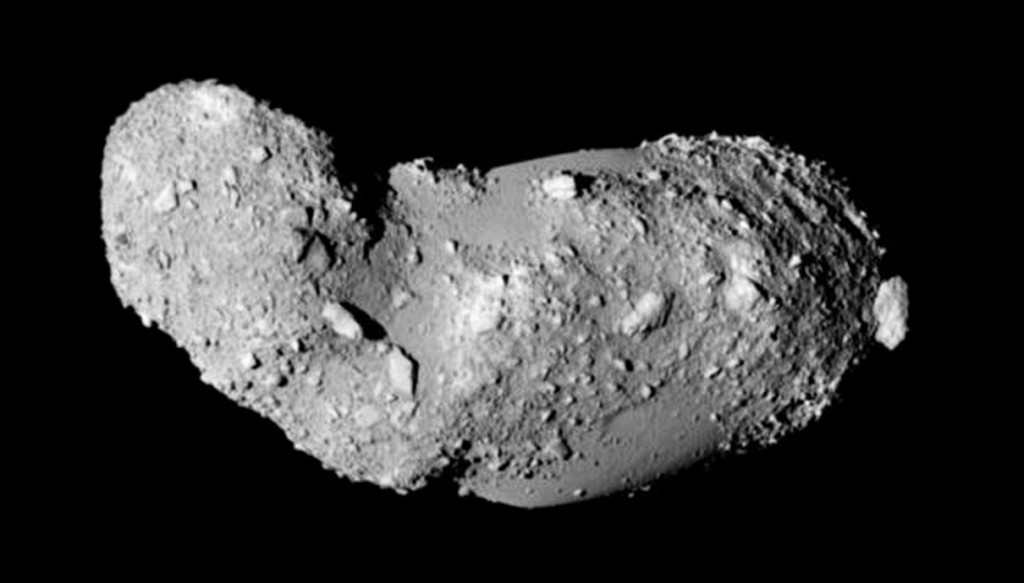 25143 Itokawa as observed by the Japanese spacecraft Hayabusa (JAXA)

Using very precise ground-based observations, Stephen Lowry (University of Kent, UK) and colleagues have measured the speed at which the near-Earth asteroid (25143) Itokawa spins and how that spin rate is changing over time and combined these observations with new theoretical work on how asteroids radiate heat.

This small asteroid, which has a strange peanut shape, was the first asteroid to be the target of a sample return mission, by the Japanese spacecraft Hayabusa in 2005. To probe its internal structure, Lowry’s team used images gathered from 2001 to 2013, by ESO’s NTT at the La Silla Observatory in Chile, among others, to measure its brightness variation as it rotates. This data was then used to deduce the asteroid’s spin period very accurately and determine how it is changing over time. When combined with knowledge of the asteroid’s shape this allowed them to explore its interior, revealing the complexity within its core for the first time. The density of the interior was found to vary from 1.75 to 2.85 grammes per cubic centimetre. The two densities refer to Itokawa’s two distinct parts.