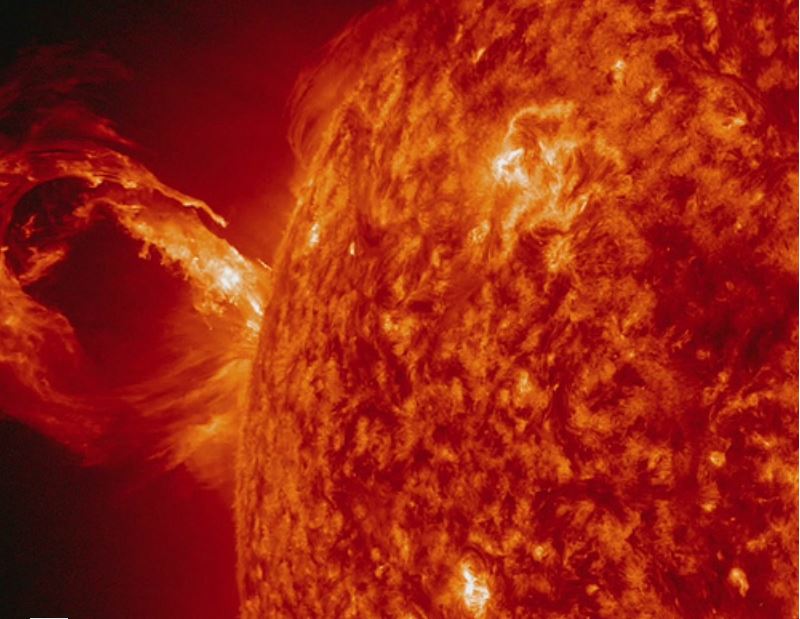 Just in time for May Day, the Sun blasted out a coronal mass ejection (CME) from just around the limb earlier today, May 1, 2013. In a gigantic rolling wave, this CME shot out about a billion tons of particles into space, traveling at over a million miles per hour. This CME is not headed toward Earth.

The following video, taken in extreme ultraviolet light by NASA’s Solar Dynamics Observatory (SDO), covers about two and a half hours of elapsed time.